Mr. Rodrigo Garay is the founder and Board Chair of Accountability International. Rodrigo is currently founder and Chairman of the board of the research foundation Accountability International. Rodrigo is also the founder and CEO of Working For Change conference, Diversitas talent (both the leaders in increasing diversity in the Swedish workplace as a means better manage the demographic challenges and opportunities entailed by increased migration and cultural diversity.

Rodrigo was also the Executive Director of the World Infection Fund (WIF) based at Karolinska Institute in Stockholm, International Competence (IK) and formerly the Chief Executive of the International AIDS Society. Born in Chile, Rodrigo moved to Sweden as a refugee as a child. Dr Tlou is a Botswana specialist in HIV/AIDS and women's health, and a nursing educator. She was Botswana's Minister of Health from 2004 to 2008.

Dr Tlou is currently Chair of the Global HIV Prevention Coalition and is the former Director of the UNAIDS Regional Support Team for Eastern and Southern Africa. Dr Tlou has received many national and International awards, among them the 2017 Christianne Reimann award (the highest honor in the nursing profession) and is the 2003 winner of the International Nightingale Medal (awarded to those distinguished in the nursing field). Siva is responsible for innovating and conceptualizing the ICPD+15 project at ARROW which now spans 22 partners in 12 countries. Siva is co-author of many works including “Cities, Chaos & Creativity: A Sourcebook for Communicators”, and “Agenda for Action: Action for Better Cities”. Siva was born in Malaysia. 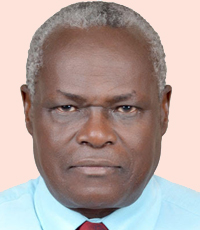 Dr. Katabira received his medical degree at Makerere University, Kampala, Uganda, and went on to specialize in Neurology in England. However, he has been working in the field of HIV as a clinician, an educator and a researcher since 1985. He started the first AIDS clinic in Africa in 1987 and has worked with a number of organizations including WHO, UNAIDS, etc. He also co-founded The AIDS Support Organization (TASO) with others in Uganda in 1987. He joined the International AIDS Society (IAS) in 1990 and in 2000 became the regional representative at the governing council. From July 2010 to July 2012 was the President of IAS and the International Chair of the IAS Pathogenesis, treatment and Prevention conference in Rome – July 2011 and the International AIDS conference in Washington DC in July 2012. In 2005 he joined the Advisory Board of Health[e]Foundation up to January 2017.

His research interests are in clinical trials, operational research and ART implementation studies, including HIV related neurological manifestations and interventions. He has published over 240 papers in peer-reviewed journals and presented over 250 abstracts at international conferences Micheal immigrated as a refugee to the United States in 2012 from Nigeria after being outed by a Washington Post article. In his native Nigeria, Micheal was a grassroots organizer supporting homeless gay teens from a street corner in Benin City. He then moved on to found the first Nigerian organization to support HIV-positive gay men, He also worked with the first LGBTI organization in Nigeria as a Program assistant and later as a Palliative Care Officer. Since moving to New York, Micheal continues to advocate for improved social systems and services for LGBTIQ asylum and refugee status seekers. His work has appeared in the Huffington Post, Buzzfeed, New York Times, and several UN news outlets. In June of 2015, Micheal was honored by President Obama as a World Refugee Champion of Change. He has also been featured in a United Nations Free & Equal campaign to educate global communities about the LGBTIQ community. And currently a subject of an upcoming documentary on HBO. He is currently the Program Manager at AVAC, providing strategic support for HIV prevention globally, while attending the New School. He has also worked with Housing Works and Outright Action International, first as a fellow and now as co-chair of the Board of Directors.

He comments, “As an African Gay man, and someone who cares a lot of health care for everyone, I believe it is important that we owe leaders everywhere accountable to ensure effective responses to health challenges especially HIV. Accountability International has demonstrated time and time again how to do this and that’s why I am joining their board.